Just about every aspect of the insanity of capitalismis exposed by the current outbreak of Ebola virus centred on west Africa.

In principle, it should not be too difficult to control Ebola. But that’s not what has happened. The outbreak is now the worst on record – by some distance – and cases have also cropped up in the US.

It’s nearly 6,000 miles from Liberia to Dallas, Texas, the route travelled by Thomas Eric Duncan when he brought Ebola infection to the US. And it should be a world away in terms of healthcare. After all, the US spends about $8,900 per capita on health each year; Liberia around $65.

And it’s not as if Ebola is a particularly difficult disease to contain. Yes, it is highly contagious, but it does not transmit well through the air, and it degrades so rapidly under heat that washing your hands with soap and hot water is sufficient to kill it.

‘ALL CAPITALISM IS WORRIED ABOUT IS WHETHER RESTRICTIONS ON INTERNATIONAL TRAVEL MIGHT DENT PROFITS.’

Yet the two American nurses who treated Duncan at the Texas Health Presbyterian Hospital have both contracted Ebola. It seems as if some elementary disease control precautions were not implemented.

That’s par for the course for a country that devotes high sums to healthcare, but where so little of it goes towards treating people and ensuring proper prevention. And let’s face it, there’s no money for capitalism in Ebola management. All capitalism is worried about is whether restrictions on international travel might dent profits.

Despite spending 17.9 per cent of its GDP on healthcare (against 9.4 per cent by Britain), the US – according to the World Bank – ranks lower than Britain on almost every major health indicator, including life expectancy.

The NHS is generally acknowledged (except by politicians here) to be incredibly efficient and effective. Unlike the US, we don’t divert 30 per cent of healthcare funding to administration – amazingly, up from less than 25 per cent 20 years ago – primarily feeding the hungry mouths of insurance companies.

But like the US we rely on overseas labour to staff our health services, rather than training sufficient numbers of our own staff.

That’s not to denigrate the skill or bravery of health professionals from Britain who have gone to West Africa. But once there, they are finding such dire shortages of staff that teaching prevention has been a hard task.

One infection control expert from Camden, recently returned from a month-long stint in Sierra Leone, reported just four clinicians at the hospital in Kenema. Said Rebecca Stretch, “Staff were in short supply which made things difficult. For example, you couldn’t ‘buddy up’ as there was too much to do. ‘Buddying up’ is one of the best ways to help prevent the spread of infection as you have somebody to spot the risks whilst you work.”

King’s College London, which has a health partnership with Sierra Leone, says there are fewer than a hundred doctors practising in the public sector, and reports vacancy rates there of over 60 per cent for nurses. In 2010, the World Health Organization reported that there were only 51 doctors in the whole of Liberia.

Against that background, the continuing employment of African doctors in the British and US health systems is a scandal, and one that few people want to talk about. There has been some progress since the middle of the last decade, when just over half of all new applications to go on the nursing register were from abroad. And many people from abroad are using jobs in nursing homes as a back door into the British nursing market.

To see what can really be achieved by a country that treats the health of all as a priority, look at Cuba. Not only is its infant mortality rate lower than that of the US, its solidarity with developing countries means that in September there were more than 4,000 Cuban health workers serving in Africa, 2,269 of them doctors.

While Cubans are supporting the workforce in Africa, too many recruiting agencies are still depleting the African health workforce to staff hospitals in Britain, Europe and the US. 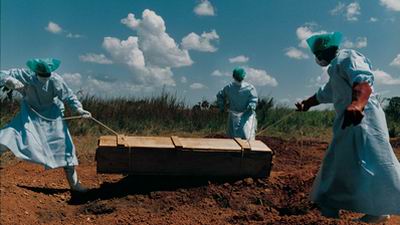 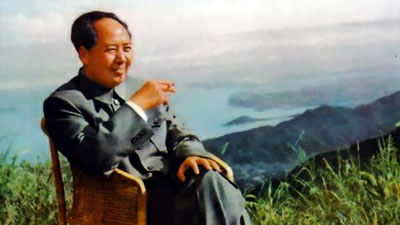